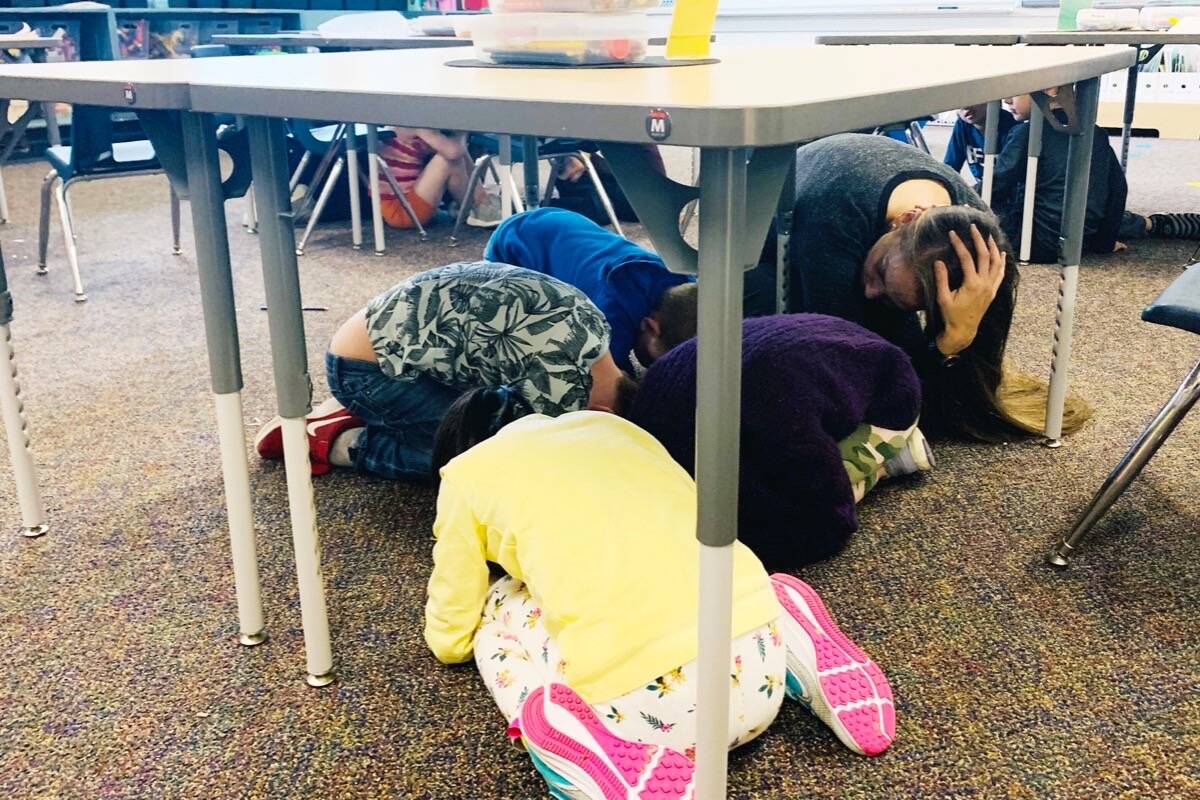 Grade 1/2 students at Eric Langton elementary take cover underneath their desks during the Great British Columbian Shake Out last year. (Eric Langton Elementary/Special to The News)

This Thursday people across Maple Ridge and Pitt Meadows will be dropping to the and taking cover for the annual Great British Columbia Shake Out.

At exactly 10:21 a.m. – wherever residents are at that moment – they are expected to drop, cover, and hold on for 60 seconds, as if there was a major earthquake happening at that moment.

Drop, cover, and hold on are the three steps that experts say could save your life during a major earthquake.

The goal of the exercise is to get British Columbians comfortable with what to do during and after a quake.

More than 640,000 participants across the province have registered and will be taking part in the event that is held the third Thursday in October.

Worldwide more than 25.9 million participants are expected to take part.

Last year 400 students at Eric Langton elementary took part in the exercise, along with other schools in the district, which was followed by a school evacuation.

According to The Great British Columbian Shake Out, most earthquake-related injuries and deaths are caused by collapsing walls and roofs, flying glass and falling objects. The agency recommends a people to move as little as possible to reach a place of safety.

Experts suggest moving no more than a few steps to take cover under a desk or table and staying indoors until the shaking stops and it is safe to exit.

If outdoors people should find a clear spot away from buildings, trees, streetlights and power lines before dropping to the ground, taking cover and holding on.

If driving, pull over, also in a clear spot, and leave your seatbelt fastened until the shaking stops. Then drive with caution and avoid bridges or ramps that might have been damaged.

In 2020 more than 770,000 people took part in the drill across the province and in 2019, more than one million people participated.